The Ideal Copy aka Multiplicity

Even ambition has limits.  This weekend I think I've bitten off more than I can chew.  Too many plans, not enough hours.

Last night I went to the four year anniversary of Poison Pen Reading Series and heard outstanding excerpts from David Maclean, Maggie Nelson and David Eagleman. All were incredible.

David read an essay on running a 26K marathon - split into mile markers and spurred to the finish line by a nasty bourbon hangover and delirious visions of a naked James Brown.  Hilarious and an awesome opener.

Maggie Nelson read excerpts from her small but provocative book Bluets, a collection of 240 propositions investigating the color blue.  She only read 63 - 90something, but I'm so hooked and can't wait to read it in its entirety.


"Suppose I were to begin by saying that I had fallen in love with a color. Suppose I were to speak this as though it were a confession; suppose I shredded my napkin as I spoke. It began slowly. An appreciation, an affinity. Then, one day, it became more serious. Then (looking into an empty teacup, its bottom stained with thin brown excrement coiled into the shape of a sea horse) it became somehow personal."
David Eagleman [a neuroscientist and fiction writer] obsessively categorizes the imagined lives of his maternal ancestors... right down to his 706,406,493 grandmother in The Founding Mothers: An ode to my matriarchs, every last one.  From mother to amoeba, he spends 5 seconds thinking about each and every one of them for a supposed 112 years.  Fascinating, amusing, nerdy and equally disturbing the snapshots he captures.  Read it here. 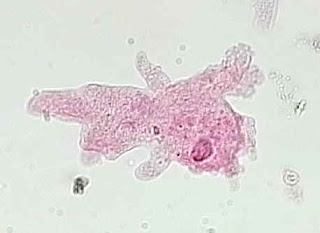 Last night I discovered just how allergic to dogs I really am and ended up wheezing and then panicking because I was wheezing. Here is a funny Claritin commercial bit. Allergies put her in a WHAT???


Mogwai's Happy Music For Happy People is still one of the best background albums.


Tonight I'm making gluten-free falafel and experimenting with other modified Greek recipes for Family Dinner. I shall conquer gluten free vegetarian moussaka once and for all. However, I will not be trying the Little Liver and Garlic Parcels. That just sounds like some kind of disgusting radioactive relative to fruitcake some zany old aunt mails you every year for Christmas. 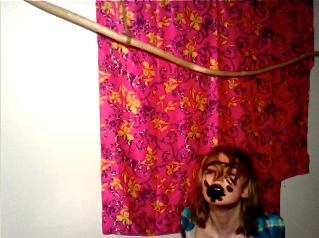 Saturday I'm supposed to go to this artsy picnic thingy in a park. I"m sure there's something else I'm supposed to be doing but I can't remember what...please enjoy the music while I figure it out.

Oh yes now I remember, I also want to master sushi with my sushi kit, organize my music collection, buy and then build a bookcase, finish a painting and unpack my winter clothes.  On Saturday night I'm supposed to hang out with a friend I've not seen in awhile and at some point a clean apartment and laundry would be nice.


Knowing me though, with so much pressure and plans, this is far more likely.

I think I need about 8 more of me.  Happy weekending!
Posted by Genevieve at 2:50 PM