A Mantra, A Stain

Most of this content is related to the self but there is a deep seeded need to share more than the sounds, art, films and ridiculous dramas of the I.   The ongoing barbarism, lack of love, logic and abject horrors filling each day are unspeakable.  Yet we must speak, otherwise we are guilty as people.  How can you solve the need of an entire planet?  This question keeps me up at night and more often than not reduces me to writing about the pylorus gunk nestling deep in my own narcissism.  We deal in the micro because we cannot fathom the mechanics of the Macro.


I want, as always, to change that.  The shameful thing is that I started this blog to impress a boy and prove to myself that I had the ability to write and had something to say... about music, art, snark. That's done, so now what?  My own words and phrasing I've found plastered along the blogosphere, Pinterest and BlogLovin; plagiarized, if there is such a thing in a world of "free literature" in the form of get happy quick "memes" or things that young people use to further their whatever.

It's kind of funny, when I first began this blog journey, the idea of sharing intimate personal words, thoughts, information and feelings was utterly abhorrent.  The slightest act of divulging into anything resembling intimate left me feeling so raw, I often deleted or edited everything to a mystical and nebulous platform.  That's obviously changed.

It's funny, I pick up followers and lose them along the way.  Often wondering who actually reads this space anymore in a sea of blogs that deal largely with food, fashion and goth knows what else.  Are blogs even a thing anymore if they're monetized?

Having started this endeavor so many years ago, it's hard to walk away.  Like a person, you don't just magically change who you are and reinvent yourself... well, you can of course!  But I rather  like the idea of watching the process happen.  Perhaps, you'll stick around and see how CTST morphs in the future and perhaps you won't.  All I can promise you now is that it will  always be honest, no matter what.
Posted by Genevieve at 2:14 AM 0 comments

I asked out someone I've had a mild (yet growing) crush on for the last 6 months.   I couldn't stand my own sadness anymore.  Yes, it's true and he said yes.  We've been exchanging thoughts on all my favorite subjects; art, cats, food, films.  Music is next; he's a bassist in a band.  I'll ignore the fact, for now, that he's a musician because normally, I run screaming away from them.  He seems, so far, super centered.

And the black cloud begins to lift, so guess who messages me tonight?   LOST BOY.   Because that's how it goes.  Just when you're moving on, they try to find their way in.  He smooths the way with memories of my cats (sneaky, I love them.  We both do.) and compliments with the way I handle things when upset.  I'm "calm and kind even when in disagreement".  Only to eventually share that (just like my friend warned me was the reason for his outreach) he and his lady friend have ended things and the ending was less than diplomatic.  In fact, he said  it was pretty fiery and he said some "things that made him feel bad and ugly."

I was kind and sympathetic but I also, later, said my peace, finally.  Even when he asked me how I was doing.  No anger, no recriminations.   Just the things I wished we could have shared in person if he'd allowed it.  Just like this song begs, I hope I'm never cruel again.

I must have died a thousand times

Incidentally enough, this is the album I listen to EVERY time an ending occurs.  All of these songs make a home in the nest of my wilderness.... regardless of the weird posh plastic method they have now.
Posted by Genevieve at 11:59 PM 0 comments

Do you ever wonder about the infinity of self?  I mean really think about it.  Not as a fleeting moment while you bathe or brush your teeth or even while packing up your things to leave for work in the morning.  We've been told we can renew and re-invent ourselves as often as we like.  Is this true?  Is it as often as we like?  Or perhaps as often as we are able.  Is this merely a luxury of the microcosm or can the Macro benefit as well? 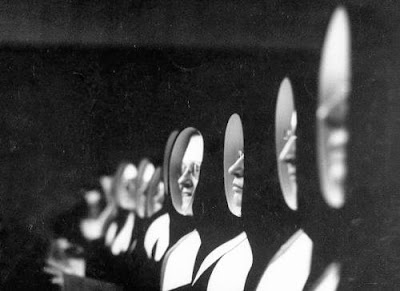 What happens to the old selves we leave behind?  Like unwanted fluid is re-appropriated by the body, is it reabsorbed into The Psyche?  Recent world events have caused me to question the nature of reinvention and loss.  Who reinvents who, in the end?   Wouldn't Sameness be truly boring after all?

Got my old world to live through
Ain't gonna copy you

White collar conservatives....
They're hoping soon my kind will drop off and die
But I'm gonna wave my freak flag high

The Blue of Your Eyes

I had such a visceral dream the other night, I've not been able to let it go.   It centered around  a woman I deeply admire artistically and one who is a mutual friend with me and Lost Boy.  In fact, she dated him at one time briefly before she married.

We shall, for this retelling, call her The Witch.   Incidentally, he has gorgeous blue eyes... a complete coincidence and a connection I didn't make with this song until today.  Songs are kind of an asshole like that.  They grip you and hurt you in ways you would never think possible, even if you previously thought them innocuous.  I trust no songs anymore.

The Witch brought me to this apartment complex that she really wanted to move into with her husband. The complex was built on a hill overlooking a precipice but the place she was interested in was adjacent to the cookie cutter red brick beehive complex.

She showed me the river and talked of the local plants and brought me and Lost Boy into the place she wanted to rent which was previously intended as an art place. It was massive! A huge warehouse place that could be made into anything and previously housed 6 other people but currently only had a husband and wife and their small child. They were artists.

She disappeared while me and Lost Boy wandered about on our own. I found doors within doors, rooms within rooms, including a bathroom (that I really needed) that was guarded by a very aggressive rottweiler. Which she later told me was a member of the artist community.   As though it created work as well, a sentient being.

I found myself in rooms where the walls changed shape, the bathroom became a portal to another space, one in which The Witch had transcended her body and was no longer human, though she looked like one. She no longer spoke a language, she was something else. Something fey.. I don't have another word for it.

The Witch was watching over me and Lost Boy as we performed an intimate bodily act, not sexual necessarily but intimate. He laid on top of me and we were naked. Breathing deeply together, I massaged his nipples; we breathed as one. He said no but what was wanted was known and it felt like he wanted me continue but was hesitating.. There was a person that interrupted us, not a person exactly but a shroud. A ghost like person, both hidden and ever present. She only watched but controlled everything.

The Witch disappeared and it felt very lonely and scary. The guard dogs and cats were prevalent, they weren't scared of her but when she wasn't around, they were very aggressive and observant. There was a moment when I finally found my way to the bathroom having had to fight my way through closing doors and secret hallways/rooms to get in and out. The bathroom became a tunnel to a different place, not a good one.  I had to unravel the riddle to figure out another way to go, without meeting the aggressive dog again.


I remember The Witch's hair and demeanor quite clearly as well as her calm and slightly dismissive tone describing the place. She set me free to explore but was distant about the secrets of the place. It was quite large and nebulous. She was so excited about the artistic background of the place.  Lost Boy and I lost each other but would meet each other again and again, holding hands.
Posted by Genevieve at 10:40 PM 0 comments

The Closer, The Root

Searching for the root, the core that binds and sustains.  For comfort, yes, but also to find the key to the lock.  If I can remember where I buried it, I'll be free.

Tell me baby why am I here?
I don't want your body near
Something is really weird
This is too physical for me

Tell me baby why am I here?
I don't want to hold you dear
And I wish you could be
A little bit further away for me

Posted by Genevieve at 7:40 PM 0 comments

When The Movie's Over...

Fantasies were mine.  Dark and swirling, light and effervescent.  I do this every time.  Swim deep and lovingly into those beautiful images.   It's called a reality check, right?  I've missed the Lost Boy more than I can say so today I asked him if he wanted to get together... hang out... which was code for me spilling my guts.  His decline was a sucker punch to my already bruised innards.  It's nothing I quote did, it's just that he's seeing someone else and that "would be weird".

I'm not the first one, not the last one.

I'll cry, I'll cry
When the movie's over

There must be an end to the tally of the tears I've shed in the last two months meets tonight.  How ridiculous.  He's already dating someone and I can barely go to bed at night without imagining him beside me.  You know why?  I'm the saucy wench that says all the unforgivable words but all the meaning is hidden.  He never knew; they never do.  I can only grieve them when they're gone because it's easier. I never tell them how much I love them, just say the wrong things.

My friends warn me my intuition isn't fallible; to trust the reasoning that bubbles inside.  They're right, I think.  Remember why you chose what you chose.  Remember who you are.  His darling memory is hard to let go of.  The gorgeousness that was the quiet and fit between us, those whispers and beautiful words.  The matching of limbs, the ease of sleeping.. the shared breaths.  Heartbreaking, I'm just going to keep crying until the desert claims me.

A Case of the La-Las 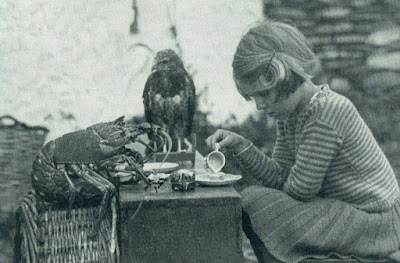 I've been listening to a lot of Suede recently, especially Dog Man Star, Coming Up and Sci-fi Lullabies.  Coming Up is definitely the most La-La of all their discography and feels a bit like driving through a gasoline soaked acid lit city.  Despite their disagreements, I still think their lyrical creations are magic... Brett and Bernard, you're welcome at my tea party anytime.

Who would you choose? Oh, and Happy Saturday Night!
Posted by Genevieve at 1:33 PM 0 comments