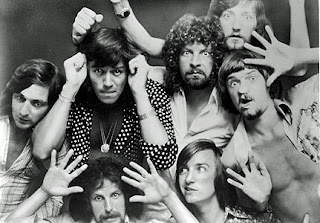 From ELO's Need Her Love to Digney Fignus in one move. Take that music chess!

Don't You Ever Wonder?

Now this is a cover I can get behind.

Posted by Genevieve at 4:34 PM 0 comments

Just the other day, my coworker was listening to Mariah Carey's cover of Foreigner's I Want to Know What Love Is and she had no idea it was a cover. That and another cover of Tears for Fears' Mad World. She had no idea who either were. I suppose it's no different than when I was a kid and Guns and Roses covered Bob Dylan but boy does it make me feel a little old.

I Can Go For That! 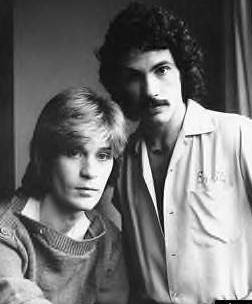 Speaking of guilty pleasures, I just came across this hilarious interview between Of Montreal's Kevin Barnes and Hall & Oates. Check it out here.

A cool friend of mine introduced me to The Bird and The Bee [thanks super cool friend!] and apparently they also consider Hall & Oates to be guilty pleasures and are releasing an album of cover songs called appropriately Guilty Pleasures Volume I.
Posted by Genevieve at 9:27 PM 0 comments

Labels: guilty pleasures, hall and oates, kevin barnes, of montreal, the bird and the bee

Ever just need to listen to a little Christopher Cross and Neil Diamond to get you through the day? I totally want Neil Diamond's slick polyester shirts.

My Couch is Fly Paper. I'm the Fly. 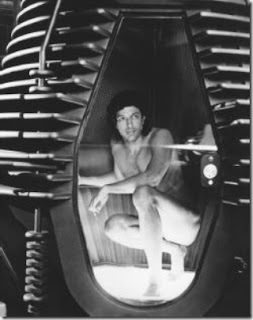 Having just moved into my new apartment, the boxes are breeding like rabbits and I have zero energy to do anything about it.

Hope I'm not turning into The Fly.

Bjork is one of those core musicians for me though I find her lyrics notoriously indecipherable. Her song "Crying" off of Debut is no different. For years I thought she sang the following: