It Can Only Make Sense...

Whenever the world stops making sense, it is these French phrases that bring it home... 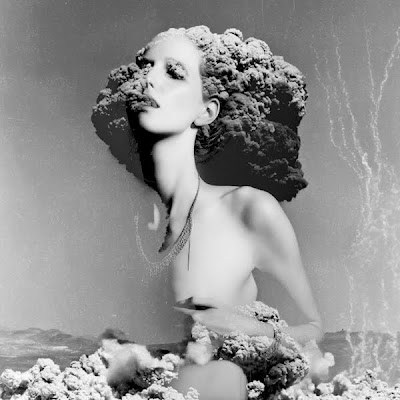 Sometimes I miss my mother and my grandmother so much I can't breathe.


I dreamed of grand green landscapes and of a sun piercing the clouds
Of a pure and sparkling water, Of the scent of trees and the earth.
Each winter, I hope that in disappearing, the snow will show Your true face.
Posted by Genevieve at 1:36 AM 0 comments

He's a Piece of Shit 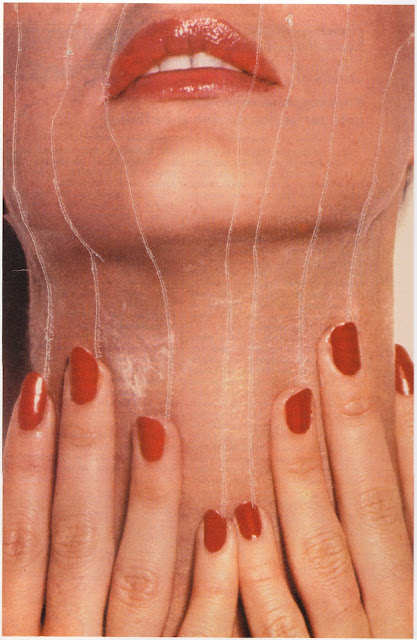 WHAT AN ASSHOLE.  I should have known better.  I'll add this jerk to the pile.  Fucking hell... I make mistakes left and right.  I really wish I would get a little bit smarter, not just older.  No shame.  Because we move forward always.  Falling down, stupid stupid mistakes but the heart beats true...well.. cry me a river.  We've all felt that way right?

Everyone's been burned before.

Why, why, why is Big Sur so beautiful?  Stuck inside Babylon Tower with nothing but the swamp heat to embrace this evening, I can't help but think the Heat Pixes have conspired to trap me in this geographical groin for all the days of my life.  In the meantime, just look at these little slices of heaven. *Heat Pixies also make you extremist dramatists.  If you come across any, be careful.  They're very very sneaky.
Posted by Genevieve at 4:59 PM 0 comments

Maude in the Movies

Last night we watched Being There with Peter Sellars and Shirley MacLaine [oh that ending!! And of course, let's not forget MacLaine's masturbatory revelation and Sellars' deadpan hilarity].  My friend mentioned another Hal Ashby film Harold & Maude.  Maude is probably one of my favorite female movie characters.  Madison from Splash notwitstanding, of course.


link
Posted by Genevieve at 7:53 AM 0 comments

I Haven't Forgotten You 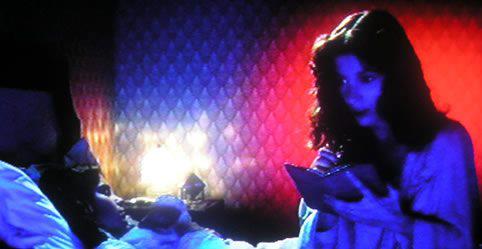 It's hot and sweltering and when temperatures skyrocket I get bored so it's time for distractions.  Lips, hands, thoughts... mine and his.  Thoughts, like temperatures, also become hot and sticky.  Bat babies are born.   We sleep during the day and stay up half the night surviving on dirty drinks and delicious limbs.  Soon enough my focus will be intellectual pursuits but for now this summer fling must remain enjoyable, laughable and most importantly expendable.

* I'm not a horrible man-eater.  It's just sometimes, for better or for worse, ambitions trump everything.
Posted by Genevieve at 2:55 AM 0 comments

And other useless reactions because I will not be going to this.  If you are, be a doll and don't rub it in.  On second thought, do... everyone likes a good rubbing.

Posted by Genevieve at 2:51 PM 0 comments

It Will Meet You 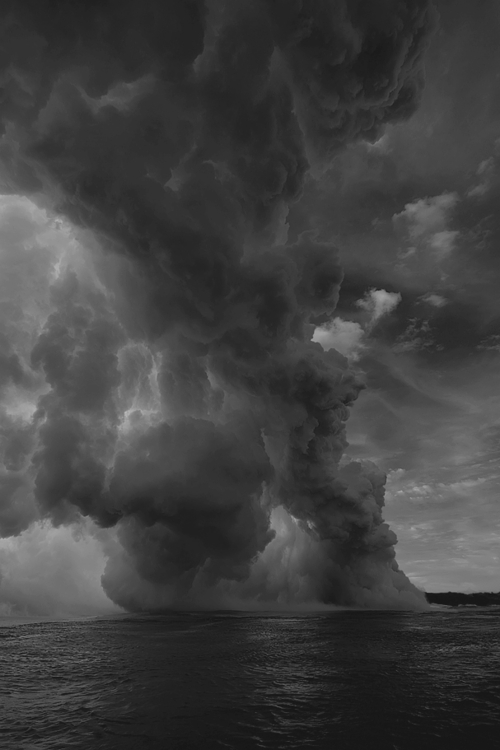 We [me and companions] are staying on this isle.  The coast is rocky, the water blue and warm.  The colors are muted, not brilliant, not grey but somewhere in between.  We are staying at this retreat type house with lots of people for a specific purpose.  That purpose is to ride the ocean tornadoes.

The sea rises to meet the clouds to form this water tornado, huge, epic and vast.  I mean like miles and miles wide.  And it is our goal to windsurf them!  We paddle out on surfboards and at this point in the sequence I can't tell if I've ridden them myself or if I'm experiencing someone else's memory, you know how dreams can put you into another consciousness briefly?  So I'm able to feel the tilting of the board as it catches the whorl ridge of the tornado and my body is tilting left as it spirals up this gigantic storm.

The catch is you have to get out of the whirl before you reach the clouds and then you ride the wind drafts back to the ocean.  But I, myself, can never get there.  We go in pairs and my partner is this girl that I was paired with at the house.  She is determined to go.  Not squeaky excited but resolved that it WILL happen.  Iron will, stoic.

But I puss out every time... sitting in the ocean watching my companions one after the other confront their own storm.  I paddle back to the coastline to use the bathroom.  I sit on the pink fluffy toilet seat in the wood paneled cramped bathroom surrounded by bad floral curtains.   I look at myself in the mirror, angry and scared.  I go back outside to face my companion who is annoyed.  We paddle out again... each and every time I sneak back to the awfully decorated bathroom.  I wander the empty halls of the beach house.  I never ride the storm.


Glass Vaults is the answer. These beats are the key.

* I wrote the above to my best friend without any guile. It is pure unadulterated chat. This is me sharing with you.  Sharing with love, with the understanding we have dreams and sometimes they stop us in our tracks. 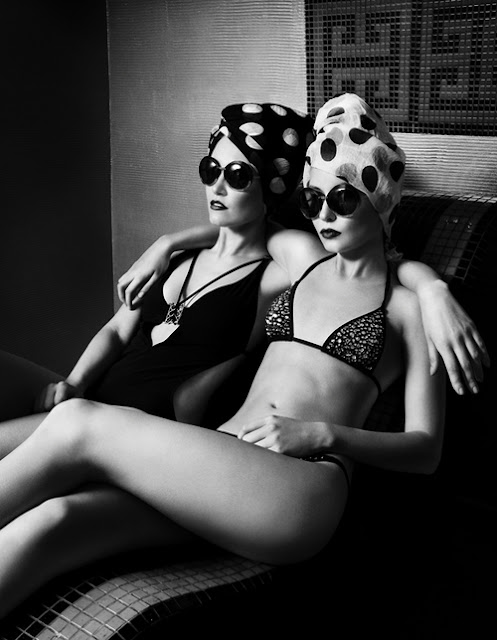 It's a pretty safe bet the heat is finally getting to me. Barmy brained and sucked dry by thousands of blood-sucking insects, this will be my excuse for posting this very nostalgic diddy tonight. You have been warned. Don't get me wrong, it's a sweetly perfect twee tune but like so many things in my life recently, though the words make sense and in a way fit perfectly, the relevance is gone. Evaporated into the heat of change. A dear dear friend and I once bonded over the shared experience of often feeling like our heads/minds/brains are only connected tenuously to our bodies/our grounded selves by a string... like a balloon floating high above the clouds. Don't mind me, I'm pretty sure it's the West Nile virus talking.


Labrador Records and Little Big Adventure are just perfect for our sweltering nights in the groin of America.
Posted by Genevieve at 12:21 AM 0 comments

That Taste In Your Mouth

Lately, I've really hit the jack pot of synchronistic films.  Last weekend I caught Heartbeats aka Les Amours Imaginaires.  Filmed with saturated colors and an almost whimsical noir style I instantly fell in love with this quasi love story about two friends who fall for who can only be described as a French narcissistic Adonis.  It helped that there were two scenes featuring songs by The Knife.  Here's one with Keep the Streets Empty for Me [note the French Adonis' satisfied smirk]:

Jane Campion's Holy Smoke with Harvey Keitel and Kate Winslet really touched a nerve [as most of her films do].  I hated The Piano the one and only time I saw it but adore In The Cut.  It occurs to me that maybe I hated The Piano so much because all of her films contain this essence of cruelty which at the time really turned me off.  Now I can see the layers of tenderness hidden within the cruelty and also twinges of true love akin only to madness buried in each of her characters.  And it is these flutters that make me fall so in love with each of them.  Campion has this way with her actors.  She, like von Trier, strips them to their core and films them in their most intimate of spaces; however, unlike von Trier, she doesn't just abandon them destroyed to pick up the pieces.  There is a level of transcendence that in turn marks the viewer.  In one scene, Harvey Keitel is wearing both lipstick and a dress while he and Kate Winslet confront themselves to each other.  It's powerful, lusty and so so wonderful.  [Obviously, I've got more than just a little bit of a crush on this film and Ms. Campion to boot].  The film features two Neil Diamond songs [which if you know me at all, you know how much I love him], Holly Holy and I Am I Said.

Here is the scene in which Keitel's character begins to fall for Winslet's and we can see just how desperately and willfully he can love.

His love is clearly not chocolate boxes and roses, no it's dirtier than that... like some small animal that only comes out at night. Personally as long as we're on the subject, that my dears, is a favorite kind of love.  Mad, impractical, depraved, completely illogical and utterly transcendent.  It may only last a moment, but what a moment.  And luckily, Pulp has a song that fits my desire like a glove. 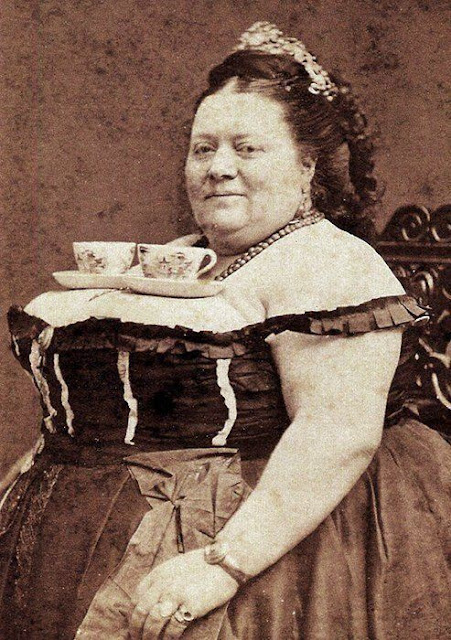 Last night some douche bag skinny idiot in white glasses and a shitty faux hawk told me I am not a beautiful person because I wear "boob flattering clothes that are supposed to hide the  *hand to stomach roundabout movement* thing you're clearly trying to hide there but are sooo not succeeding in doing. "  Is your reaction jaw dropping shock?  Because mine was.

Yeah... right or wrong,  I slapped that shit bag in the face and said "don't ever speak to women like that you fucking prick".

Afterward though, I came home feeling ugly and alone... and it pisses me off to admit it but it turned into a sad woe is moment after all... Hey guess what?  Women have breasts and bellies dammit.

Posted by Genevieve at 8:43 AM 1 comments