Lust and Aggravation on a Friday

Lust and Aggravation on a Frid...
Posted by Genevieve at 4:41 PM 0 comments 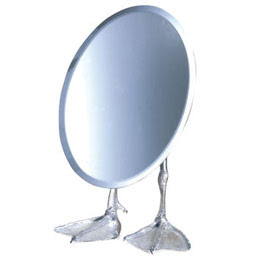 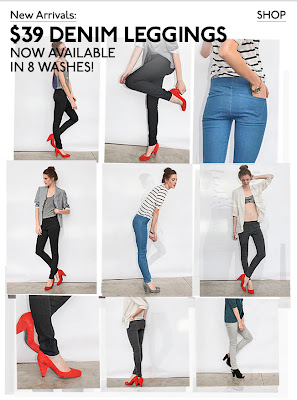 Because walking out of the house in leggings and a strapless sports bra for anything less than haute couture yoga or a breakfast of champagne and uppers is unthinkable. [Referencing specifically look #6, click photo for larger image]

As my good friend and fellow blogger evie put it so effortlessly today, "even these teeny tiny women's butts look awful. awful!! it's like a butt flattener and a droopy-butt maker all in one!"

I thought the 90's Payless* inspired eyelet faux leather peach shoes were pretty nauseating but check out the latest "jeggings" from UO.

It might be time to consider just leaving the house naked. 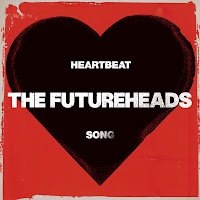 There's just too much good music coming out in the next few month just thinking about it makes my heart start thump thump thumping. It looks like The Futureheads are jumping on that moonwalk too with a new single, titled appropriately The Heartbeat Song. NME: "The Futureheads return with a post-punk apocalyptic dance number fit for a John Hughes movie. It’s a song so good we want to give it a slobbering kiss on the pecker and take it home to meet our mam."

Couldn't have said it better myself.

Oh and if you're just dying to bring hearts into the season, why not some of the anatomical variety? To the beat of my automatic heart, you sing a song of life.

And if brains are more your thing...

Posted by Genevieve at 9:53 PM 1 comments

Labels: get well soon, the futureheads 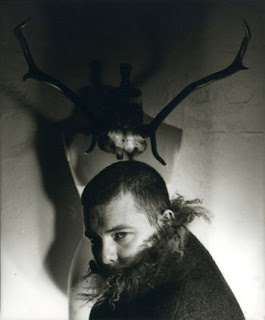 Inspired by a fellow friend blogger who posted a funny video about Cibo Mato, these Japanese ladies are adorable too and let's face it - what music library wouldn't be complete without some ukulele music?

I saw them play upstairs at Rudyards like six or seven years ago and promptly bought their cd Dancing With Petty Booka and tried not to make a huge fool out of myself trying to talk to them.

Posted by Genevieve at 2:51 PM 0 comments

Social networking sites like facebook and myspace freak me out a little because most of the time I don't really want to reconnect with people from my past. There is the odd exception and today is that day.

An old beautiful friend reminded me of a time in my life when making mixed tapes was the best way to pass a lazy evening and driving around in an old volvo station wagon aka Blue Bird listening to them and eating Itsakadoozie popsicles was bliss. [PS. Itsakadoozie's are only the best popsicle ever invented and incredibly difficult to find.] It's been a long time since I visted Clarksville.

Thanks old friend for sending these my way. Much love.

Posted by Genevieve at 9:26 AM 1 comments

Every time I take this test the results change, but so far this is the most common outcome for me, though the percentages consistently [inconsistently?] fluctuate and I seem to hover between the following and its counterparts.

Basically these tests make me feel like a hot mess.

But what's it all mean anyway? Check out this website for a more accurate description of each of the 16 personality types and ask yourself how many do you have today?? I count 3.
Posted by Genevieve at 1:19 PM 2 comments

Clicquot I Need You So...

P.S. Does anyone else hear the stirrings of MJ's Thriller in the beginning??
Posted by Genevieve at 12:35 PM 0 comments

It's One Of Those Days 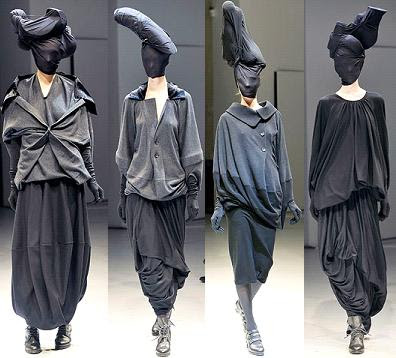 These Shoes Were Made For Schmoozing

Stephin Merritt and Peter Gabriel, yes that's right - Peter Gabriel, have collaborated as part of Gabriel's new album coming out in just 14 days, Scratch My Back. The idea is that participating musicians swap songs with Gabriel, they reinterpret his for this album, he covers theirs for the follow-up I'll Scratch Yours.

Details on the tracklists are hazy, at least from what I've been able to find, but supposedly some of the artists include Brian Eno, Arcade Fire, Bon Iver, Elbow, the Kinks, Talking Heads, Lou Reed, and Neil Young.

There are a few lengthy podcasts and one with snippets of Merritt's contribution - one that he describes as needing more "evil dwarf choir" sounds. I'm more likely to enjoy the other artist's interpretations of Gabriel's songs rather than his own, but am willing to at least give it a shot. [So was one of my favorite albums growing up. Who ever says they didn't get a little choked up listening to Red Rain and In Your Eyes is a liar.]

Gabriel covers Merritt's The Book of Love, which has always been a Magnetic Field's favorite of mine and even ended up on a Mother's Day mix tape I made for my grandmother, so Peter you certainly have your work cut out for you!

If the album features an evil dwarf choir, it can't be all bad, right?
Posted by Genevieve at 10:42 AM 0 comments