I came across this little checklist via blogger Morrigan and as I'm desperately searching for ways to avoid working, this seemed like a fun, mindless exercise.  So if you too are in full avoidant mode, just list the things you've done in your life in bold. It's kind of a PG-13 Never Have I Ever sans booze. 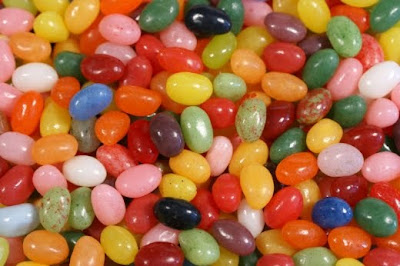 1. Started your own blog
2. Slept under the stars
3. Played in a band [I'm sure this means not marching band, but whatevs]
4. Visited Hawaii

5. Watched a meteor shower [Right after a Spiritualized concert. Amazing]
6. Given more than you can afford to charity [Guilt trip! I totally should have done this one, right??]
7. Been to DisneyWorld
8. Climbed a mountain [A very small one]
9. Held a praying mantis
10. Sang a solo
11. Bungee jumped
12. Visited Paris

13. Watched a lightning storm
14. Taught yourself an art from scratch
15. Adopted a child
16. Had food poisoning
17. Walked to the top of the Statue of Liberty

18. Grown your own vegetables [Strawberries]
19. Seen the Mona Lisa in France
20. Slept on an overnight train

33. Seen Niagara Falls in person
34. Visited the birthplace of your ancestors
35. Seen an Amish community
36. Taught yourself a new language
37. Had enough money to be truly satisfied
38. Seen the Leaning Tower of Pisa in person
39. Gone rock climbing
40. Seen Michelangelo’s David
41. Sung karaoke
42. Seen Old Faithful geyser erupt
43. Bought a stranger a meal at a restaurant
44. Visited Africa
45. Walked on a beach by moonlight

46. Been transported in an ambulance
47. Had your portrait painted
48. Gone deep sea fishing
50. Been to the top of the Eiffel Tower in Paris
51. Gone scuba diving or snorkeling

63. Got flowers for no reason
64. Donated blood, platelets or plasma
65. Gone sky diving
66. Visited a Nazi Concentration Camp
67. Bounced a check
68. Flown in a helicopter

75. Been fired from a job
76. Seen the Changing of the Guards in London
77. Broken a bone
78. Been a passenger on a motorcycle
79. Seen the Grand Canyon in person
80. Published a book
81. Visited the Vatican
82. Bought a brand new car
83. Walked in Jerusalem

84. Had your picture in the newspaper [While serving in the soup kitchen]
85. Kissed a stranger at midnight on New Year’s Eve
86. Visited the White House
87. Killed and prepared an animal for eating

Well there you have it.  I've also gone clam digging in Florida, and eaten them hot off the barbeque.  The best way to eat them if you ask me.
Posted by Genevieve at 1:08 PM

This was a fun read, and thanks for the link! :)

These questionnaires are very addictive! :)