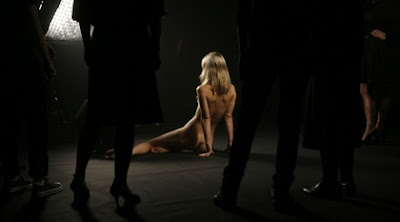 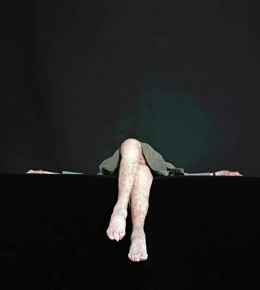 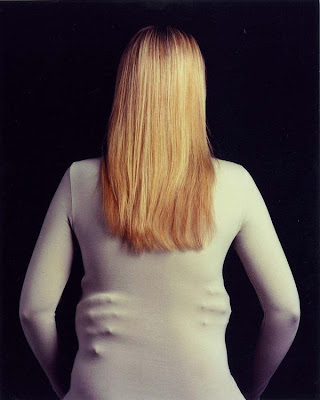 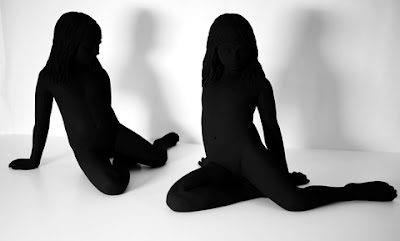 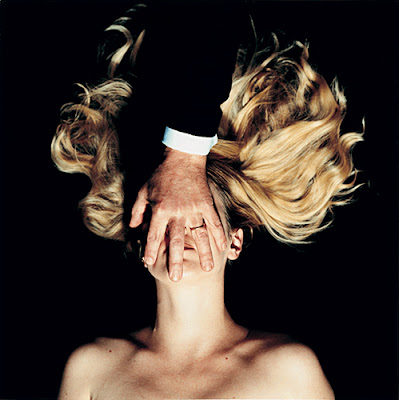 Olofsson was so inspired by the banned Scorpions 1976 cover for Virgin Killer, in 2011, with the original photographer Michael Von Gimut, she re-enacted the shoot with herself as the model/virgin.  She is such a badass, I can only hope to be that comfortable with myself at the age of 45.  See the film re-enactment, A Demon's Desire, and other fantastic gems here.  But it is her piece, "Say Hello Then Wave Goodbye" that I can't stop thinking about. She made a torso of herself with black ice and filmed it slowly melting.  It probably says something about my maturity level that I can't help but say quietly to myself, "I'm melllltiiiing" a la Oz's Wicked Witch while watching it.

Posted by Genevieve at 7:10 PM