The Soul of the Knife 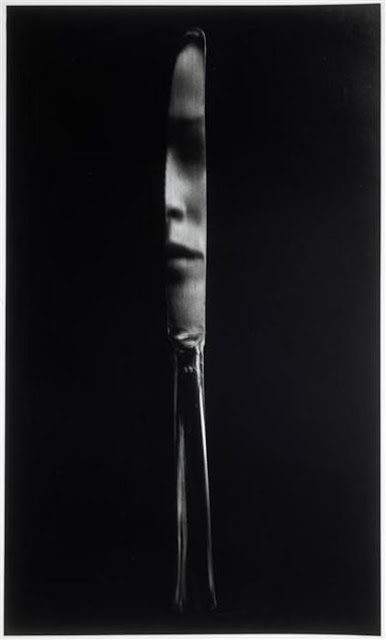 Sometimes I have this dream," the young man in the wheelchair said.  His voice had a strange echo to it, as if it were rising from the bottom of a cavernous hole.  "there's a sharp knife stabbed into the soft part of my head, where the memories lie.  It's stuck deep down inside.  It doesn't hurt or weigh me down - it's just stuck there.  And I'm standing off to one side, looking at this like it's happening to someone else.  I want someone to pull the knife out, but no one knows it's stuck inside my head.  I think about yanking it out of myself, but I can't reach my hands inside my head.  It's the strangest thing.  I can stab myself, but I can't reach the knife to pull it out.  And then everything starts to disappear.  I start to fade away.  Only the knife is there - to the very end.  Like the bone of some prehistoric animal on the beach.  That's the kind of dream I have," he said.
-Haruki Murakami, Hunting Knife