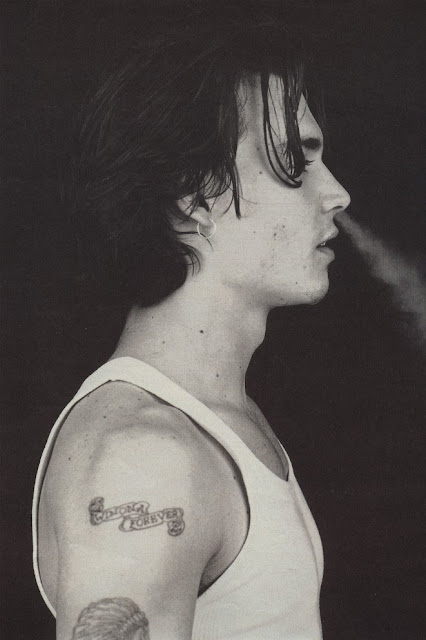 Sexy boys, cigarettes, random secrets, forbidden intrigues... these are the charms that sometimes rouse me from my current hibernation.  Lately, it's taking quite the HELLO to make me move, listen and repost.  Third times the charm though, it would seem and MOONSPELL is the ticket.  The band that made me sit up and say, "Oh yes, I need you in my life and where have you been, eh?"

Also I have, we hope kids we hope, finally finished Moon Mix Version 3.  Have you ever made a mix, titled it, created a cover, sent it off.... only to realize it's absolutely shit?!  I have and like a tattoo you can never erase, its existence haunts me and I fucking hate it.

Never mind that nonsense, the final mix... The final?  What a foolish thing to say.  It's a mix about the conversation between a bewildered person Ernest and The Moon entitled Ernest & The Moon Go For A Walk.  An impossibly infinite conversation.   Similar to a book one revisits and through which one  perpetually discovers something new, the Moon Mix is something I expect I will continually... if you could see me now, you would see my hands and fingers molding and stretching an invisible malleable mass.

At any rate, Moonspell is truly phenomenal and sadly didn't make it onto this version. [though you never know... it ain't over until the cd is burnt].